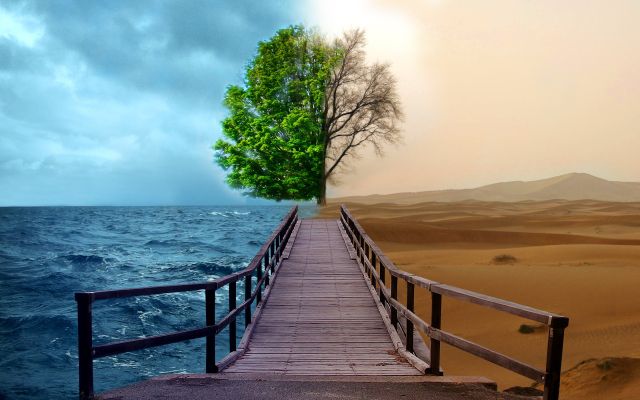 The time was flying queerly slow that day or so it seemed to her. A 20 year old, Anvika, fairly attractive girl with a peculiar charm in her eyes was at the Starbucks shop that day as it was a part of her routine by now, to visit Starbucks every Saturday noon. Drinking her favorite Espresso drink wasn’t wholly the reason why she would go there. Every Saturday, people from different parts of the globe would come there and share their life stories with those interested. She usually waited for the week’s story teller to arrive and would then place her order so that she could have company over the drink. But today, there was no sign of any foot arrival. The wall clock displayed half past four when she finally decided to place her order. She went to the counter and smiled at the person sitting on the other side who already knew which drink to draw a bill on, as he was accustomed to her face over a couple of months now. She went back to where she always sat, by the side of the window and started staring at the sky and before too long she could see the Sun making his way down through the clouds.

“Hi, my name is Ansh and I’m here to share with you a small story which is a part of my life”. As he introduced himself, he smiled at the people in front of him. All of them began to sip their drinks while he started to narrate, Anvika was happy to see his face beam with confidence.
“It was two years ago. We were a middle class family of four. My dad worked as a clerk in one of the regional banks and he used to get a decent salary enough to satisfy the moderate needs of the family. Mom was a homemaker. My younger sister Anvika was in school. In our entire paternal family Anvika was born as the only girl child for the generation. So, she was adored and pampered a lot by everyone. Just the earlier week before this incident, we had celebrated her fifteenth birthday. I had gifted her a blue silk scarf that she had liked at the shopping center at one look but had thought the better of it to not ask my parents to buy it as she always was concerned about the family’s economic condition. I used to work in a firm until this fateful day dawned upon me!

I was riding back home from office at ten o’clock. It was the year end pressure at workplace that had made me stay for extended hours. That particular road where I was riding, would usually get deserted as night began to fall. I was at a considerably faster speed than normal because the clouds in the sky had begun their war and it could start pouring any moment. I was halfway home when it began raining. No sooner I saw a truck coming in my direction recklessly, the driver seemed to have lost control. Even I was hurrying that before it struck my senses to apply the brakes the truck was on the verge of crashing with my bike. I made a quick decision to jump off the bike and did so. See the fate! I was lucky enough to save my life, well obviously, it’s not a ghost who’s telling you this story now! but not a moment later, I felt an excruciating pain in my left leg. Before I knew what had happened, I had lost my consciousness and the next time I opened my eyes, I could see my mom and Anvika sitting by my side! The opening of myeyes had brought sparkles in their eyes. Mom hugged me badly and her warm tears ran down my cheek and damped the pillow of the hospital bed I was resting upon. There was a very cold feeling that arose within me which made me think that something was really wrong!”

Ansh gave a small pause and found that the people in the audience sat with their mouths agape, having forgotten about the cup of coffee in their hands! They were so inquisitively involved and this hiatus couldn’t be stood and one of them said anxiously, “What happened next? Tell us”
“Yes, as I was saying, mom started crying and then I asked her what had happened. She was not to stop. Even Anvika didn’t say anything but I could see a ray of hope in her eyes! I tried to sit up and that was exactly when I didn’t have to ask anymore questions as the answer came to me by itself. I couldn’t feel my left leg! I was appalled! The unfortunate thing about having been able to save my life literally had cost me a leg! The truck had run over my leg and thus it had been amputated! I went totally blank and could hear buzzing sounds inside my head. A week later I was discharged and carried home, of course, I could no more go by myself with one leg. All this time I couldn’t help but think about my fate. I was so indignant at life that I went into depression. I had made up my mind and had concluded that living anymore as a burden to my family was futile. I was thinking of bringing an end to my life. But not too late Anvika had keenly observed me and was sure about my intentions! The ray of hope I had seen in her eyes was still as evident as ever. She told something that was so unexpected to come from a kid of fifteen! In a composed voice she said,

“Brother, why are people so selfish?” I didn’t know what to say, so I questioned her back instead of providing her with an answer,

“What makes you think that people are selfish?” “You are the reason”
“What! Me? Why do you think so?”

“A burden? Seriously? Do you think just by losing a leg you’ve lost the whole purpose of living? I didn’t know that my brother was such a coward! If you think that with your death, all our sorrows would be gone, you’re only right in a Universe where the time flows backward! But here, you have only one life. If everyone who lose something startcommitting suicide, in the blink of an eye, there would be no life on earth. Life has only one destination and there are many paths! Some people get to choose which path to walk in and for the rest, life chooses the path! Your path has to be your way to reach and serve the purpose you’re here for!”

With those unbelievable words coming out of her mouth I was taken aback. She had opened a new way for me. The level of maturity she had was so subtle and struck me hard. Soon, she had filled me with optimism. I got myself a prosthetic leg in the immediate future and here I am today in front of you people, just like a normal person, in fact a man with much motive and hopes in life. Today I am the manager in the same firm where I used to work. It is indeed true what Anvi had said, “The path is the way”.
I hope I wasn’t too boring a narrator.”

There were tears in the eyes of everyone in the audience. They welled up and there was a tumultuous applause for Ansh. And here I present to you, my dear sister, Anvika. Everyone was amazed, the person behind this inspirational story was with them in the audience all this while! There was a huge round of applause for her too and everyone complimented her. Then Ansh got up from his seat and thanked everyone for listening intently and then they took off.

There was a tremble in his voice and he was saying, “..but unfortunately Anvika couldn’t pass her twelfth standard exam. In the past three years she stood like my backbone and supported me progress. In this course, she paid very little attention towards her studies. To our shock and misery it had had such a terrible impact on her that she ended up committing suicide herself! I miss her so much and there’s not a moment where I wish all these were just a nightmare. After preaching the truth and teaching me about life at such an early age, how could I have expected this from her?”

She sat in the Starbucks cafe, sipping her coffee and staring out of the window. The blood stained knife lay next to her handbag, covered with her blue silk scarf that Ansh had gifted her on her fifteenth birthday!
She had stabbed all her dreams and killed her life.
Her brother was narrating her story to a group of people.

The time was flying queerly slow that day or so it seemed to her before she finally heard from the barista, “Miss Anvika, please collect your order”.

She was still staring out of the window at the descending Sun and had recalled the day when her brother had narrated his story to an audience a year ago. She was also conceiving  what  her  brother  would  say  if  she  ever  took to  a  stupid decision of committing suicide, just in case. She would be going against her own life principles! Well, She always enjoyed imagining improbable things.
Hearing her name being called, she came out of the reverie all at once and there was a slight smile on her face. She went and collected her order and in the meanwhile, the storyteller of the week had also arrived who did a quick apology for being late and began his story. Anvika was looking forward to a new inspirational story.

Somewhere still ringing in Ansh’s head, Anvika’s words were reverberating, “The path is the way” 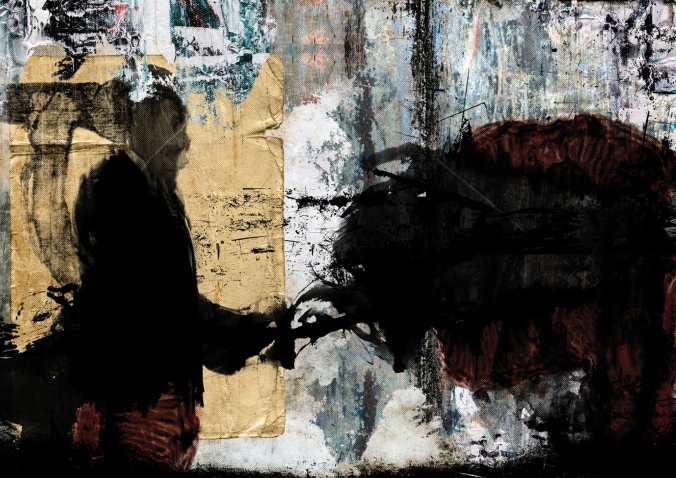 While loving you was a mist of oblivion
I thought it was a cloud that won’t pour down
But when the sky turned grey and the wind blew on
Feeble, I knew I was about to drown

The world spun around, the days passed on
You were with me, those days are gone
Nobody stays, by now I’ve known
There’s no room for gloom, just keep moving on

Penned down by Pranav Hegde</ 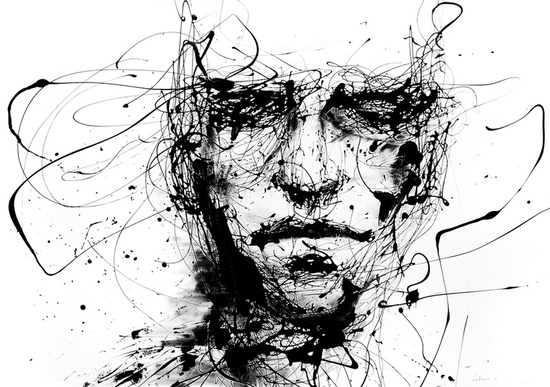 There are days when you’re reminded
Of the people whom once you called your lot
Their memories, for moments, keep you blinded
Until all you can only do, is miss them a terrible lot

Feeling resentful is what you think all you can
But crying over spilt milk is not a very good plan
For a river runs forward and you’ve got to sail the days of plight along
Time doesn’t tarry; Life goes on and on and on.

I wrote your name on the walls of my castle

I carved your name deep inside

I let you free to stroll the place

You left the place instead of staying inside

I wrote your name on my fogged window

I could only see your face inside

The light coming through cast a shadow

I could only feel your memories by my side

I sowed your name on the surface of my heart

Your roots began to grow deep inside

When you cut the tree down and left my heart

I watered the roots with the tears inside

I wrote your name on the shore of the sea

The waves engulfed your name inside

I felt your breath in the cold breeze

I could only see you through; the waves aside

I looked everywhere, for the place of your hide

Every nook and cranny; deep inside

I looked in the mirror and in my eyes

Found you there, gleaming inside!