How surprising it is when you know,
That you’re not the only one in the snow!
Somewhere, she happens to be carrying the fire,
She’s the one worth waiting for!

My blood is chilly, my body, frozen.
I’m stuck up here, for a reason;
What keeps me alive is an expectation!
She’ll come, cuz she’s the one I’m waiting for!

She makes me happy, when I’m not,
She’s the only reason for what I’ve fought!
I hear her footsteps from the future far,
She’s the one worth waiting for!

It’s already over, yet so many times,
Without your love that I’m still alive!
I’m running deep into the dark nights,
Far from the light and the place where you drive!

Getting closer and closer and taking over!
Swimming the sea and stream and river,
Riding the clouds in, to pour through my eyes;
You be the rain while I’m the fire!

Tonight I’m trying, to keep from the moon!
Already longing to forget you soon!
But the Sun makes his way, up through the mountains,
And your memories haunt me by noon!

I was by your side lest you should fear!
Held my palm beneath, for wouldn’t fall a tear!
Within a blink of an eye, you were nowhere near!
Was it for real or just a dream oh my dear!?

People to be missed are uncountable!
Juniors, seniors, fellow mates and teachers;
Memories to cherish are unforgettable!
Anecdotes for our kids about what life teaches;

Spent a moment, moments a many!
Bitter as neem and sweet as honey!
Happy and sad; both made memories,
Crossing the worth of mere a money!

Fights and break ups, compromises and patch ups,
Deaths of friends, only made us dense!
Treats and parties, hangouts and dates;
How badly I wish, I could rewind the dates!

When we were new, we knew only a few,
Two years blew and now we are a crew!
We’ve sailed the distance with different grades,
Time has come to fade into shades!

Days of teenage are moving,
Into the episodes of past!
All we can wish is to keep in touch,
And let these memories long last.

Pure and true love was what she sought,
There was no one to quench her thirst!
Freedom and relief were, for what she fought,
Waiting for her man, to rescue her first!

Sporting a smile in the midst of her anguish,
She hadn’t let her hope to languish!
She knew her role in this world lay incomplete,
And she knew her dole was not to retreat!

There came an insignificant chap,
Whose destiny lay with this beautiful girl!
Setting her free from the shackled trap,
He had found his precious pearl!

He had slept his sleepless nights,
Waking in the dreams of her!
He had come to hating lights,
Whilst in the dark she were!

Searching the woods and seas and cities,
Marching every place on the map,
Now had he come to embrace her,
But, startled was he left by the mishap!

Holding a camera in her hand,
Peeking through the hole it bore,
She left, following the footprints on the sand,
Of the man she used to adore! 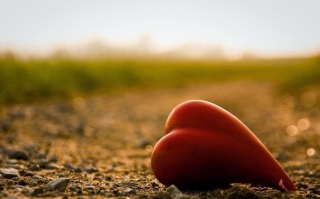 Once came an angel in the attire of a stalker,
It didn’t take long for him to realize her true self!
He fell for her so badly that he had to use a walker,
No, he couldn’t stop loving her and abstain himself!

Those four days were magical!
Just as how mystical she was!
She took him on her roller coaster ride,
While a glimmer disclosed, how into her, he was!

Yes he was nuts, crazy all the way,
Nevertheless, this was beyond the mark!
Impulsive, as he stood on the pathway,
She was a mirage, who vanished in the dark.

Waiting for her ingress again into his life,
He didn’t move an inch from where he looked deserted!
Isolated and frozen just like his tears,
Shimmering in the light, that he once thought she had projected!

Thinking about her has become my routine,
Longing all day for her to be my queen!
Grey was my life, she’s turning it green,
She’s such a beauty that I’ve never seen!

Stealthy deep eyes, brown as they are,
Stealing my heart, leaving a scar!
Rapidly beating, knocking my chest,
My heart is screaming, “She’s the best!”

“Keep up your chest, don’t let me down!
I’m your heart, dressed up in gown!
She’s your Princess, you’re her Prince,
Go get your girl and get me my crown!

She’s the only right, She’s the only left!
Stride up to her, steady and straight,
There’s no turning back, not in my sight,
Neither you may, nor you might!

Confess your love, may what come,
May you gleam or tears fall some,
For if she loves you, joy is for sure,
For if she doesn’t, you may have to endure!”